“The Secret of the Cosmographer – Time Squatters” now available as Kindle, Printed and Audio Book. 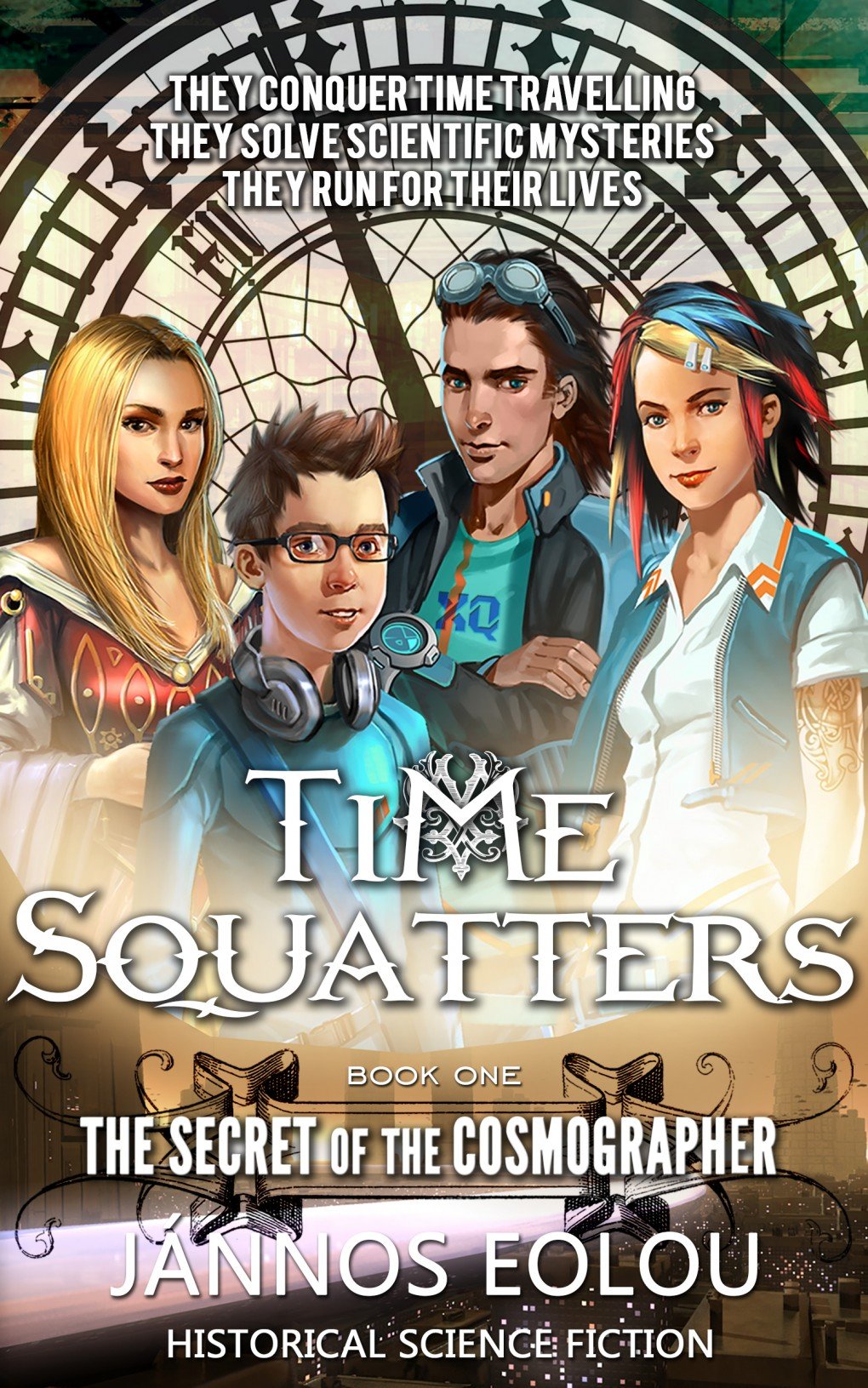 The Secret of the Cosmographer: Book One of the Time Squatters Series

TIME SQUATTERS is a transmedia project, set in the future and around a group of youngsters whose time travels and quests span the time history of our planet. Time Squatters is an umbrella project, an eco-system of products that includes books, mobile games, on-line society,TV series, graphic novels, merchandising and numerous other spin-off products.

Alex, Max, Phoebe and Rosie are the TIME SQUATTERS. They conquer Time travelling, they solve scientific mysteries, they run for their lives.

Time Squatters blurs the line between fiction and reality. Join the adventure and learn about scientists, philosophers, artists of the past, uncover mysteries, be part of our community.

From the back book cover
Forsten, takes a last look on his screen. ‘Don’t loose them out of your sight for a moment. Let them think they are invincible, that we’ve got no clue’, he urges his security team. He watches Alex(15), Max(9), Phoebe(14) and Rosie(16) through the hidden surveillance cameras of the Museum. The Ark is the largest and most glorious ‘Museum of the Old Life’ in Virtus, a city in the far future. What he doesn’t know is that Rosie was born in Cambridge in 1664 and was brought over to future in one of the TIME SQUATTERS time travels. Nor does he know that they are about to travel to the Hellenistic Alexandria of the 300 BC, the palace of Rudolf II in Prague (1600), the London Tower (1300), and more, to discover alchemical secrets that would help them uncover secrets hidden in a Kepler’s drawing: the Secret of the Cosmographer. In order to succeed they must find out what secret knowledge Isaac Newton, Leibniz, Fermat, Tadeas Hajek, Ramon Llull, and other historical personalities like Magellan shared. It is a hell of a trip they are about to set for, all on their own. World is a hostile place anyway…